Ice creams cause drownings. And other causal relationship myths 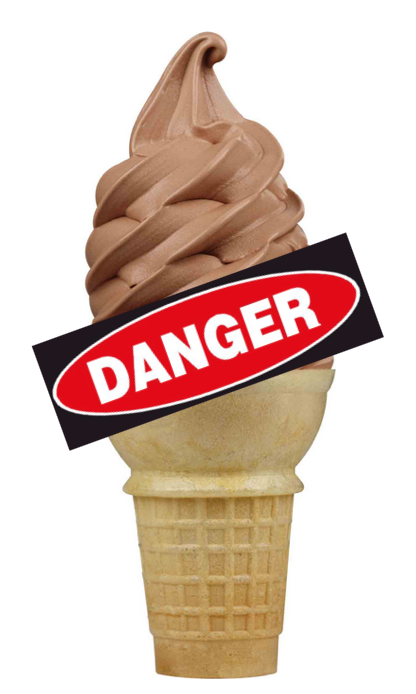 One of the most common mistakes in research and evaluation is jumping to an incorrect conclusion about causality when you see a correlation. Here are some other examples:

A study published in the May 13, 1999 edition of Nature found that babies younger than two years old who slept with the light on were at increased risk of developing myopia later in childhood. There was a clear correlation identified, and advice was given to parents to turn the lights off at night. But a later study published in the same journal corrected the findings, and realised that genetics were at play here. Shortsightedness is genetic. Parents who are short sighted are those who are likely to the leave the light on in the bedroom. And they are the ones who are most likely to have short sighted children.

A child with higher self esteem will do better at school

There are are number of other incorrect causal relationships, that include the serious misconception about the link between vaccines and autism. It is important to remember that even if there is a correlation between two variables, it is not necessarily enough to provide evidence of a causal relationship. It may provide a very good hint about what may be happening, but before you can conclude something causes something else, you need to understand how it does and why it does.

So when in doubt, just remember the ice cream.

This is a slightly amended transcript from a TEDx talk given by Ionica Smeets, Professor of Science Communication at Leiden University, the Netherlands. Ionica is a mathematician and science journalist with a passion for bring science closer to the general public. You can view her 5-minute TEDx talk here.