Cause and effect. Is qualitative evidence legitimate? 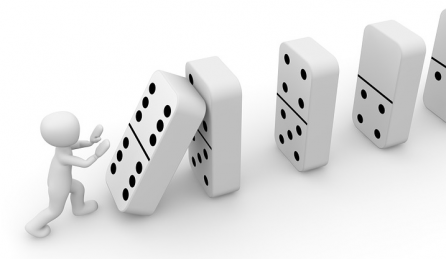 on of causal pathways is compelling in evaluation and sometimes central. Investigating cause and effect and can be the only way of providing evidence that a program or initiative can be directly attributable to a particular outcome. To understand causal pathways is useful in telling a story of a program and is essential in developing a high quality evaluation. For example, if a community has changed over the time frame that a program was delivered to them, how do we know that it was the program that caused that change and not something else?

Causal pathways are usually explored through scientific research methodologies. They tend to be associated with what is known as a ‘post-positivist’ paradigm, or worldview, whereby scientific experiments are carried out to study the social world. Scientific research employs methods that are considered to be value-free and objective. They usually use quantitative methods of research and there is an understanding that there is only one correct answer when analysing a situation.

I am deeply interested in the idea of legitimately exploring causal pathways through qualitative research. Qualitative research tends to be associated with an alternative worldview, often an ‘interpretivist’ paradigm; one that attempts to understand the world of human experiences and accepting that reality is socially constructed. This is an important distinction from the post-positivist paradigm, as it includes multiple perspectives and does not intend to settle on a single correct answer. To explore causal pathways using qualitative research is to consider a range of causal possibilities, and then to review research data to see if there is any evidence to support each possible cause-effect configuration.

To only consider scientific research as a way of proving causality is narrow and ignores the range of social interactions and dynamics that provide evidence for causation. We can legitimately observe causal relationship and the complex network of events and processes in a situation through qualitative research. The evidence provided would be different in form to that gathered through quantitative research. To consider a qualitative model of causality can provide a way out of the somewhat polarised confrontation between qualitative and quantitative researchers on this issue of causal investigation.

I am embarking on an evaluative journey for Regional Arts Victoria in which I will be following six small towns over two years. My evaluation of the Small Town Transformations initiative will explore, among other things, whether transformation takes place during and beyond the initiative, and whether any change can be directly attributed to the program itself. This evaluation will be primarily qualitative in nature, adopting a theory-based multiple case study approach.

I am looking forward to whether reliable and credible evidence for causation can be identified through qualitative research and what form the evidence will take.

I would be interested in your views on whether you could accept qualitative evidence for causation.