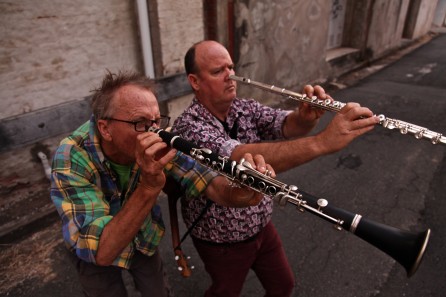 In 2012, Rockhampton was chosen as one of two regions in Australia (the other being Goolwa, South Australia) to trial a new model of cultural development. The model is a partnership between the three tiers of government and local communities, aimed to demonstrate that arts and cultural projects can increase social cohesion and improve quality of life when integrated into economic, social and community planning.

The pilot project in Rockhampton is called Creative Capricorn.  It has been funded at $1.5million over three years by Australia Council for the Arts, Arts Queensland and Rockhampton Regional Council.

NSF Consulting was commissioned by Arts Queensland to evaluate the Creative Capricorn pilot project over its three year duration. We interviewed artists, the program organisers and internal and external stakeholders. We have crunched data, conducted surveys, attended local events and created case studies.

The Year 1 Evaluation findings have just been released. Our evaluation revealed that, after just 14 months, the Creative Capricorn initiative has shown evidence of energising the arts community in Rockhampton. Three key findings are:

Arts and cultural activities have increased

People of all ages, males and females, Indigenous and non-Indigenous, and people who have travelled from the broader region have participated in events and activities.  The intensive program of events and activities at the local Walter Reid Centre has been popular, which has the aim of reactivating the space and attracting new audiences.

A number of professional and skills development activities have been well attended. These sessions have helped artists to better plan and stage artistic events and activities, designed to attracted broader community participation.

There have been some barriers to participation the arts activities in Rockhampton and Central Queensland in the past, but Creative Capricorn is developing a solid local following of people who have an interest in arts and culture.

– $400- $35,000 worth of funding has been provided for individual projects and exhibitions;
– 10 major projects have been commissioned, many of which are ongoing and have given rise to further opportunities for artists and participants;
– 32 local artists have performed in Walter’s Lounge Sunday afternoon music and arts events;
– 92 local artists have participated in skills development workshops;
– 55 local artists have showcased their work;
– The Creative Capricorn Facebook and Twitter accounts are becoming key vehicles for creating community interest and involvement.

The first phase of this evaluation provides evidence that Creative Capricorn is demonstrating a range of enduring, whole-of-community benefits in Rockhampton, including job creation, economic activity, community development and wellbeing. There is a buzz of anticipation and excitement around the arts and creativity in Rockhampton these days.  As we track the progress of Creative Capricorn over the coming years we will see whether this continues to grow and to what extent.

The Year 1 Benchmark evaluation report has just been released by Arts Queensland. See the report here.