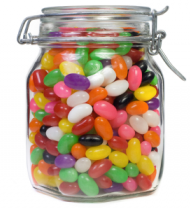 Enrico Fermi (1901-1954) was an eminent physicist who developed a knack for intuitive, even casual sounding measurements.

The value of quick estimates was something Fermi was familiar with. He was well known for teaching his students skills to approximate fanciful-sounding quantities that, at first glance, they might presume they knew nothing about. The best known example of such a Fermi question was Fermi asking his students to estimate the number of piano tuners in Chicago. His students- science and engineering majors- would begin by saying that they could not possibly know anything about such a quantity. Of course, some solutions would be to simply do a count of every piano tuner perhaps by looking up advertisements, checking with a licensing agency of some sort, and so on. But Fermi was trying to teach his students how to solve problems where the ability to confirm the results would not be so easy. He wanted them to figure out that they knew something about the quantity in question.

Fermi would start by asking them to estimate other things about pianos and piano tuners that, while still uncertain, might seem easier to estimate. These included the current population in Chicago (a little over 3 million in the 1930s to 1950s), the average number of people per household (2 or 3), the share of households with regularly tuned pianos (not more than 1 in 10 but not less than 1 in 30), the required frequency of tuning (perhaps 1 a year on average), how many pianos a tuner could tune in a day (4 or 5), and how many days a year the tuner works (say, 250 or so).  The result would be computed:

Depending on which specific values you choose, you would probably get answers in the range of 20 to 200, which something around 50 being fairly common. When this number was compared to the actual number (which might be obtained from a phone book or list), it was always closer to the true value than students would have expected. It may seem like a large range, but consider this against the proposition of ‘how can we possibly even guess?’.

This approach to solving a Fermi question is known as a Fermi decomposition or Fermi solution. We are currently using the Fermi solution for City of Sydney Council in a project in which we are required to estimate the likely size of the market for a new student theatre concept. The purpose of this approach is to not come up with a fixed figure of the size of the market, but rather, to reduce the uncertainty for those who may choose to develop the concept further. We are exploring drivers and barriers to adoption of the system by conducting focus groups amongst students and teachers at schools across Sydney. Then, taking the size of the current student market, we will overlay these findings with the market size to arrive at a  Fermi solution, giving us the estimated potential size of the market.

We decided to use the Fermi method to avoid the quagmire that uncertainty is impenetrable and beyond analysis. Instead of being overwhelmed by the apparent uncertainty in such a problem, we are starting with what we know, which will be obtained by discussion and ABS data analysis. Then, by overlaying the two, we will ask ourselves a series of questions that will enable us to come up with an estimate that will certainly be more accurate than before we set out on the task.

What are some aspects of your business you may wish to try estimating like Fermi?