The Rule of Five. A quick and easy way to reduce uncertainty in business 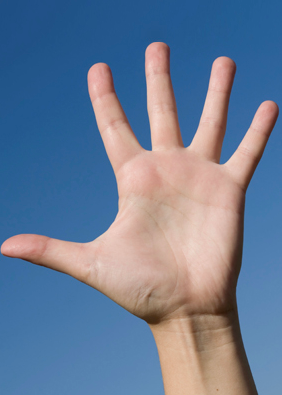 Suppose you have a business dilemma or decision to make that seems insurmountable. The problem is complex and you don’t know where to start to begin to understand what to do.

Douglas Hubbard, an internationally recognised expert in metrics, decision analysis and risk management, devised a simple example of a quick measurement anyone can do with easily competed statistical uncertainty.

For example, let’s say you want to consider whether your office is in the most convenient location for your employees. You could conduct a full office-wide survey to get a consensus on this question, but it would be time consuming and expensive and would probably give you more precision that you need.

Suppose, instead, you just randomly pick five people. There are some other issues you would need to consider about ‘randomness’ but for now, let’s say you simply choose five employees at random. Call these people and ask them how long their commute to work typically is. When you get answers from five people, stop. Let’s suppose the values you get are 30, 60, 45, 80 and 60 minutes. Take the highest and lowest values of the sample of five: 30 and 80. There is a 93.75% chance that the median of the entire population of employees is between those two numbers. This, according to Douglas Hubbard, is the Rule of Five. The Rule of Five is simple, it works, and it can be proven to be statistically valid for a wide range of problems. With a sample this small, the range might be very wide, but if it was significantly narrower than your previous range (that is, the range of the unknown), then it counts as a measurement.

How the Rule of Five works

The change of randomly picking a value above the median is, by definition, 50%- the same as a coin flip resulting in ‘heads’ or ‘tails’. The change of randomly selecting five values that happen to be all above the median is like flipping a coin a getting heads five times in a row. The chance of getting heads five times in a  row in a random coin flip is 1 in 32, or 3.125%. The chance of not getting all heads or all tails is then 100%-3.125% x 2 (=6.25%), or 93.75%. Therefore, the chance of at least one out of a sample of five being above the median and at least one being below the median is 93.75%. To improve on this result you can adjust your method to account for certain types of bias.

The Rule of Five approach proves that you need far less data than you think. How much data is needed to reduce uncertainty sufficiently for some given problem can be estimated with a particular type of calculation. It can be surprising how much reduction in uncertainty can be achieved from just a little bit of data. This is particularly true when there are high levels of uncertainty to begin with.

So, don’t assume that the only way to reduce your uncertainty is to use an impractical, expensive or sophisticated method. Sometimes knowing something is a great deal better than knowing nothing, and often it doesn’t take much data collection to gather that information. Douglas Hubbard believes that measurement is iterative. Start measuring it, make an attempt, be sure the questions you are asking are well formed and relevant. You will realise that that something that seems immeasurable, something that is ‘intangible’ can be measured to a point at which your uncertainty is at least reduced.

The information contained in this blog was sourced from How to Measure Anything in Business, Douglas Hubbard, 2010.