Can the arts transform small towns?  And what does transformation really mean? Five towns of less than 1500 people in regional Victoria have been selected through a competitive tender process to be part of a pilot project called Small Towns Transformations that involves using the creative power of the arts to contribute to place making.  The Victorian Government has committed $2 million over the next two years as a pilot to help bring some of the best ideas to fruition and to further demonstrate the impact that the arts can have on small towns.  The pilot project is being delivered by Regional Arts Victoria, who have commissioned NSF Consulting to evaluate the initiative. Last week I visited each of the five towns to meet the project teams and their communities, to begin the evaluation process.  Here is a map showing their location within Victoria and an overview of what they are doing. 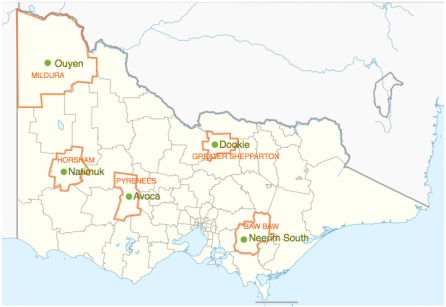 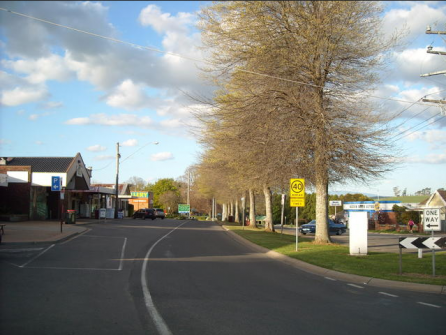 Neerim South is a town of 730 people, located in the Baw Baw Shire within the Gippsland region. The Neerim Bower is a sculptural avenue entry to the Neerim District, inspired by the Satin Bower Bird, native to the area.

The project is much more than just the sculptural element; it will include programs and activities involving the local schools and local artists. The project will aim to bring a number of disparate community groups together for a common purpose. 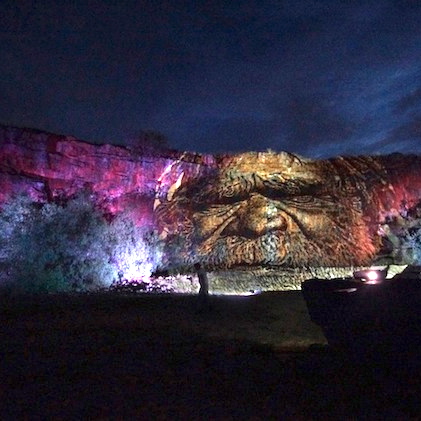 Located in the Greater Shepparton local government area, Dookie is the smallest town of the five, with a population of just 244 people.

The Quarry Ephitheatre project will consist of many events around town leading up to the central feature of this project – the old quarry- which will be showcased to host artistic events. The project hopes to attract more people into town, connect creative people and to engage with farmers and young people. 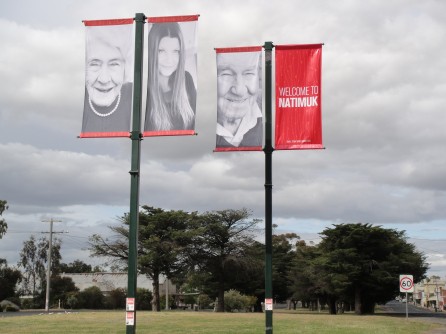 This creative project called The Verj is being developed in Natimuk, a town of 409 situated within the Horsham local government area.  The Verj will be created as a central meeting place around a series of kinetic sculptures powered by human activity, framed by a beautifully designed landscape.

The Verj will reference Indigenous and farming heritage of the area by sourcing sculptures made of local reclaimed machinery sourced by local farmers.

Mallee Up In Lights – Ouyen 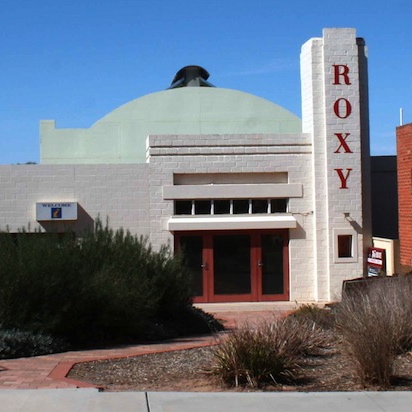 The largest town of the five with a population of 1082, Ouyen is situated in the large local government area of Mildura, in the north-west of Victoria. Mallee Up In Lights project will take the heritage-listed Roxy Theatre and transform it into a creative, active space.

A major light installation artwork will be built as well as a functional outdoor room for community meetings, creative activities, arts programming and events.  An outdoor stage will host live music and performances throughout the year. A major vertical garden will be created by local gardeners. 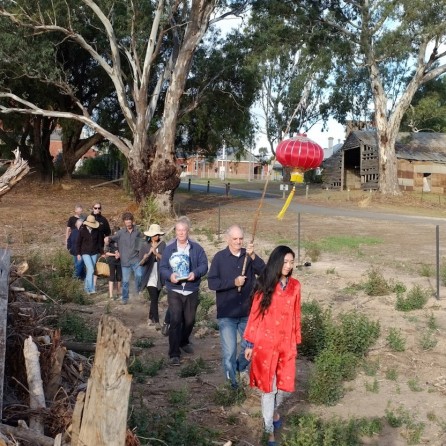 Situated in the Pyrenees Shire, the small town of Avoca with a population of 975  is regarded as one of Victoria’s important gold rush districts. The new Chinese Garden will be a sustainable garden designed to reflect the shared heritage with the Chinese people who were once so much part of the town during the gold rush.

The garden will be the site of Avoca’s cultural activity with four seasonal ceremonies involving the local community and providing inspiration for further activities.

The evaluation of Small Town Transformations is important for Regional Arts Victoria.  If evidence can be found that the pilot program transforms regional communities and provides a lasting legacy for the towns, it will help Regional Arts Victoria-along with other regional arts organisations throughout Australia-advocate for further creative place-making projects of this kind.  This will ultimately benefit regional communities throughout Australia.  Watch this space for updates over the coming 18 months as I follow the progress of this exciting initiative.