Breakups, telcos and surveys. The importance of welcoming feedback 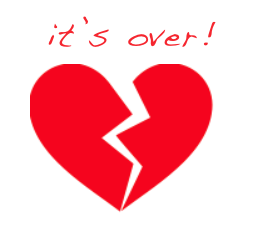 I recently changed telecommunications companies after having been with my provider for more than 15 years. I received a call from a company on behalf of said telco with an invitation to answer some questions about why I left them after such loyalty and longevity. This pleased me, as I felt I had broken off a good long-term relationship and needed to explain. However, before we even got started, it was deemed that I didn’t qualify to give feedback, because I work in the market research industry. In response to a few ‘screener’ questions, including the industry I which I worked, I was screened out. The call was terminated. After a long relationship with the telco, my reasons for leaving were of no interest because of my job.

It is standard practice in the market research industry to use screener questions for the purpose of eliminating or ‘screening out’ respondents deemed ineligible to complete a telephone survey. For example, if you are conducting a survey of parents of school-age children, you would want to screen out anyone who does not have school-age children. Additionally, respondents who are considered to have a conflict of interest with the research are screened out. This tends to include people who work in market research, as these respondents know how the industry works and what is required of respondents and can therefore provide intentionally biased responses. Respondents who work in the sector of interest are also screened out, as these are considered to be industry experts, rather than the laypeople the client is most likely to want to reach.

I am not surprised to have been screened out of a survey because I work in market research. However, I feel that the call made to me should have been established as ‘feedback’ rather than a ‘survey’. Here is why:

Surveys are designed to capture a sample of a given population to gauge their opinions, views, or even feedback on a specific issue or a range of issues or topics. They may explore satisfaction by asking respondents to rate various aspects of a product or service, perhaps on a rating scale.

Feedback on the other hand, is direct and is generally designed to treat the customer as an individual. Feedback is conducted to make respondents feel like the company is actually interested in their own experience and will use it to improve their offering. In my case, feedback was required to ascertain why I left and perhaps used to consider ways to entice me to come back. Feedback does not tend to simply convert responses of satisfaction into a number. It tends to include considerable opportunity for open-ended responses rather than simply adding ‘any other comment?’ at the end of the survey.

If my telecommunications company really wanted to know why I left them, they should have set up the telephone call as an invitation to provide personalised feedback, rather than a standardised survey with screener questions. By outsourcing the call to a market research company and setting it up like a standard large scale randomised market research telephone survey from which I am screened out made me feel undervalued. I can only guess that there have been so many of us leaving them they had no choice but to outsource it in such a large and standardised way.

The behaviour of my (ex) telecommunications provider has made me feel like they never really cared about me all along. Surely that’s not what one wants to hear at the end of a long-term relationship? But then again, perhaps I’m just being punished for initiating the break-up. But now it really is over. I’ve moved out and returned the keys.