The challenges of branding and marketing the arts

I recently spoke with Opera Australia’s Sales and Marketing Director, Georgia Rivers (pictured), about the challenges surrounding arts branding and marketing. Here is what she had to say. 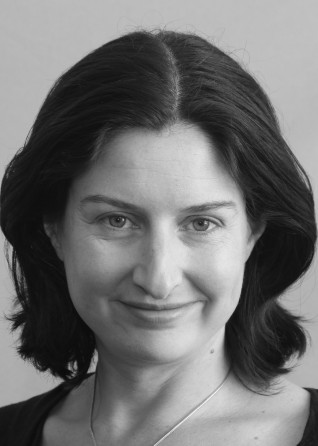 Natalie:  What is branding and why is it important for performing arts organisations?

Georgia:  In the case of Opera Australia, the “brands” of the various operas – Carmen, Tosca, Aida etc – matter mostly for ticket sales. But the company needs a coherent brand to encompass its wide range of programs so that it is recognized and understood for the work it does when looking for government, philanthropic and other support. Whether Opera Australia is staging a massive Ring Cycle or a small production in a school, it is one company, in the same way that a person can speak and behave differently depending on who they are with, but still remain a single entity. And like a person, a company of this size and diversity will occasionally do things its friends don’t like, but if they understand the whole because it has coherent identity, they will keep loving it.

The benefits of branding depends on the organisation and its programming. It can help with ticket sales, and therefore revenue. The Australian Chamber Orchestra, for example, has done a great job of communicating that it plays with way more energy and technical prowess than other ensembles, so people go and see the ACO perform quite esoteric programs that would be attended by far fewer people if any other ensemble was performing.

Natalie:  What are the biggest challenges for performing arts organisations and how can they overcome them?

Georgia: In arts marketing, we didn’t know how good we had it even ten years ago. Back then, you put an ad in the entertainment pages of the Saturday paper and tickets sold. With media fragmentation, it’s time-consuming to place your message in all of the media required to reach those people. I think that’s why, even in small organisations, we’re seeing traditional marketing roles being replaced by content creators, such as videographers and writers, who make content to run in ever-proliferating online media channels.

Another challenge is the undermining of price in our society. Over the last ten years, year-round sales and discounting websites have increased. I think arts companies, like so many businesses, have yet to work out how to deal with this, especially when combined with customers booking tickets later because of the fluid way in which we organise our social lives these days.

A third challenge is for those arts companies that are presenting work that is timeless and enduringly great, but that had its hey-day in earlier centuries. When my grandmother was born, Puccini was still alive and classical music was dominant. That generation has kept classical music going, but just two generations later, rock and roll is the old music and jazz and classical are all but invisible. Since we’re never going back to living the way we did then, it is challenging to see how we’re going to keep these artforms going.  Many orchestras and opera companies are in financial difficulty or have closed because of this.

Natalie: You believe in the importance of selling an experience rather than a product. Can you explain what you mean by this?

Georgia: For years, we have spent our marketing budgets on advertising that says Hamlet, Beethoven 9, Carmen. That worked when enough people knew what those pieces were like and what the benefit of seeing them would be. Fewer people know now, so that marketing is becoming less effective.

We need to define and communicate what we are really selling from the customer’s point of view. In an ideal world, when we announce that we are doing such-a-such a piece, with such-and-such a production team and cast, the tickets would fly out the door based on their reputation. Unfortunately, customers are often there for quite different reasons. The reasons they give tend to be things like “I have visitors I wanted to bring to the Opera House” and “it’s my wife’s birthday” and those are needs our marketing should address.

For example, do certain theatre-goers choose the slightly grungy inner-city theatre for the frisson of danger and to feel more intelligent than other theatre-goers, while others choose the suburban theatre because it feels safe being in your area, with people like you, watching people like you on stage? How can we communicate those benefits? And how can we communicate how going to our events will make someone’s life better. A brand like Nike, for example, doesn’t advertise individual shoes, they say that if you wear Nike you will be more successful.

Natalie: Which performing arts organisations inspire you in terms of their branding and marketing?

Georgia: The Australian Chamber Orchestra is successful because the musicians are intimately involved in marketing and development. The orchestra has a group of fans that are so avid and connected, they just about buy enough tickets without the company having to do mass marketing. That is the promise of digital media in the 21st century – that we can have a direct relationship with everyone who is interested in what we do and not be reliant on expensive, scatter-gun advertising.

Georgia Rivers has 20 years experience as marketing manager of leading performing arts organisations in Australia and the UK, including Opera Australia, Australian Chamber Orchestra, Sydney Opera House, and Sydney Symphony. She has tertiary qualifications in music, digital media and arts management and is a member of Sydney Philharmonia Choirs.