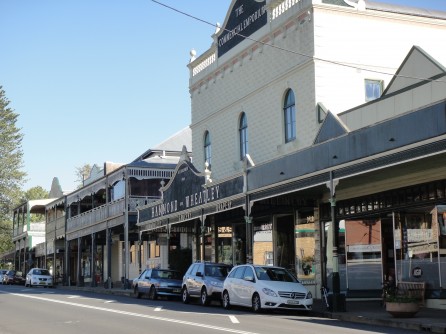 About a year ago, the Bellingen Arts and Cultural Committee – comprising a team of enthusiastic local volunteers – thought it would be a good idea to have a week dedicated to the arts in Bellingen. But Bellingen is already a creative place; why the need for an arts week? The aim was to help the great number of artists in the region gain more exposure and to celebrate local arts and culture in a concentrated and festive atmosphere.

Originally modeled on the Gloucester Art Trail – a small Shire-wide arts and music festival held in the small rural NSW community of Gloucester – the idea bore fruit and last week was the first ever Bellingen Arts Week.  It was funded by Bellingen Shire Council on a mere budget of $5,000. For this budget the Committee couldn’t even afford to install promotional banners down the main street.  If you were driving through the region, you may not have even realised Arts Week was on.

As the idea took hold, the concept grew larger than Gloucester and became bigger than anyone anticipated. There was no turning back. Volunteers, artists, ABC Open, journalists, businesses and members of the local community all dedicated an extraordinary amount of their own time (and some of their own money) to make the week an undeniable success. The pressure on the organising committee was particularly great because Bellingen Shire Council does not have a dedicated Arts and Cultural officer.

Throughout the week there was an array of events and activities that took place in three towns within Bellingen Shire: Dorrigo in the mountains, Bellingen by the river and Urunga on the coast. There were workshops, exhibitions and performances that included visual arts, sculpture, ceramics, film, poetry, drama and music. Artworks, jewellery and pottery were scattered throughout shops and businesses that became temporary exhibition spaces, including the local real estate agent!

Here are what I discovered to be the three main success factors of Bellingen Arts Week:

The Bellingen Arts Week was planned to overlap with the popular Bellingen Music Festival. The performances and concerts that wrapped up the Music Festival served as perfect opening events for the Arts Week, creating a seamless transition into the new event. It is likely that people who attended the Music Festival may have stayed on to attend events or activities as part of Arts Week.

As with all regional and rural festivals, events and community initiatives, the success relies heavily on the strength of local connections. There is a strong sense of community connectedness within Bellingen. The Arts and Cultural Committee worked closely with local retailers and businesses. ABC Open Coffs Coast played a major role; they hosted of a wonderful film night showcasing local amateur film makers and put on free video-making workshops. Most businesses who exhibited art works knew the artists personally. The artists with the greater number of client lists and stronger local connections were more likely to have attracted more people to their event and to feel their event was a success.

The ‘wrap-around’ offerings are those peripheral things that visitors expect when they visit a town for a purpose. They include accommodation, food, transport and other entertainment. Bellingen Shire has a range of accommodation places, there are fabulous cafés, pubs and restaurants, good road access to the upper Hunter region as well as the Coffs Coast, and a range of other activities such as bushwalking and swimming, within an idyllic natural setting. These wrap-around offerings make it easy for visitors to want to hang around and are effective enticements for people to make the trip at all. 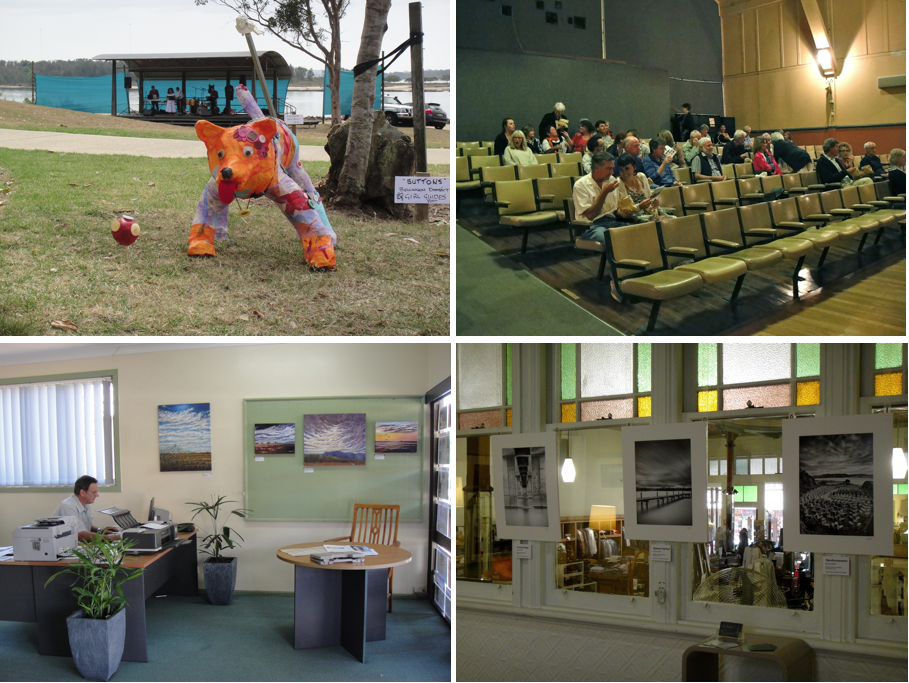 The contribution of Arts Week to the local economy

It is impossible to know what financial contribution the Bellingen Arts Week made to the region. There were no systems in place to count visitors, to know how many were from out of town, what they spent, or whether they were in the region specifically for the festival. According to the organising committee, there was a general sense that there were just more people around than usual. Some workshops and events were full, others didn’t attract the numbers they had hoped. I went to Bellingen specifically for Arts Week. I stayed locally, ate out, bought some things and even had to have an urgent car repair!  I contributed over $700 to the local economy in Bellingen this week as a direct result of Arts Week and no doubt there were a great number of others who spent even more.

Thanks to the unending enthusiasm and cooperation of volunteers, businesses, artists and other local organisations, Bellingen put on a great event on a shoestring budget. Just imagine how the local economy would benefit if an even greater investment were made into this event in future years, including putting systems in place to measure how Bellingen Arts week contributes to the local economy over time.