Lessons from the regions 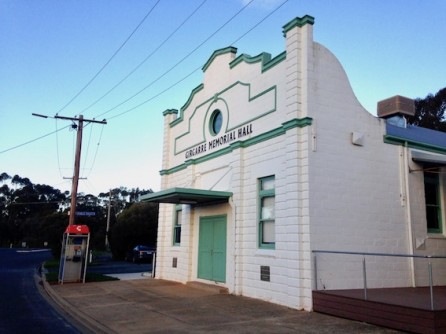 Having recently returned from a 10 day road trip around regional Victoria I am reflecting on the lessons that can be learned when consulting with communities in small towns. This is because the turn-out to my scheduled consultation meetings was lower than I had hoped.

My road trip was a mid-point reading on the mood and temperature of communities in six small towns as part of my 24-month evaluation of the Small Town Transformations initiative being rolled out by Regional Arts Victoria. Small Town Transformations is a Victorian initiative designed to support six small towns to use the arts to transform their towns. A key element of the approach to this evaluation is to track community sentiment over the two year funded period and beyond to assess the impact of projects on their local communities.

I have set up Community Panels in each of the six towns, each comprising between 8-15 people who self identify as being well connected in their community. These people are in a position to confidently and reliably report on the community sentiment in their local community over time.

The two key benefits of using Community Panels over other traditional community consultation methods are:

1. The ongoing and iterative nature of the consultation; that is, the relationship I build with these individuals with facilitate deeper interaction than ad hoc surveys or focus groups; and

2. Sampling consistency is maintained. By using the same individuals over time I have a consistent sample, without any variation in sample size or profiling. This means that any changes in findings over time can be attributed to variables of interest in the initiative rather than inconsistencies with sampling.

However, these benefits can only be realised if I maintain an informal ‘quorum’ as such in each of the Community Panels and reduce attrition rates as well as possible.

I recruited and met my community panels in my first round of consultations 12 months ago. Turnout was good, interest strong and data was valuable. This time, however, numbers were considerably lower. I managed to boost participation rates slightly by following up with email correspondence to those who did not attend. But because of the lower-than-anticipated turnout, I have reflected on what I may do differently next time to maintain interest and discourage attrition.

I assumed that because I had already met the panel members 12 months ago and been in email contact since, the strength of our relationship would have been such that they would all turn up to the next meeting. But maintaining interest is harder than that. Although time consuming, supplementing emails with phone calls is probably going to be necessary. When budgeting for evaluations in regional communities, it is important to consider the time and resources needed to do this properly. If a local project contact is able to help with this task of making phone calls, probably even better.

Lesson 2. Feed them and they may come!

When hosting city-based focus groups it is standard practice to offer a small spread of food and beverages. I suspect this is no different in small towns. Despite participants having a vested interest in the topic of discussion (a project that will affect their town), this doesn’t mean they wouldn’t appreciate hospitality. I will be offering food and beverages on my next round of consultations to encourage participation.

When inviting participants to this recent round of consultations I did not ask them to RSVP, as I didn’t need to know numbers for catering (instead of catering I tried to make the meeting more appealing by keeping it short!) However, I now believe that asking for RSVPs may encourage greater commitment. Next time, I will ask for RSVPs, particularly as I will need to know numbers for catering.

One of the greatest challenges in conducting consultation in regional and remote Australia is the remoteness and travel distances. When you arrive in town and you’ll only be there for a short time, plans need to be put in place for meetings to run efficiently. Despite these lessons in maintaining participation rates, it is important to accept that attrition will occur. Some community panel members have moved away. Others have more pressing priorities in their lives. Others have been dealing with illness. A small attrition rate will not negatively impact on the quality of findings for the evaluation, particularly since I originally over-recruited expecting some drop outs. From those who did attend, I obtained quality input and data. And, after all, this is a qualitative process not a quantitative evaluation. But there is always room for improvement. And doing all that is possible to make people feel like it will be worth their while to attend a meeting will pay dividends.