The role of the arts in disaster recovery 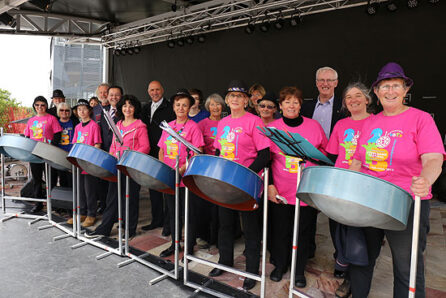 t and culture have always been important in connecting and consoling us in times of disaster. The COVID-19 pandemic acted as a timely reminder of this, as, during lockdowns around the world, people watched and participated in online choirs, orchestral concerts, film screenings and talks.

Australia has just entered its annual bushfire season. This time last year in Australia we were living through our longest and most devastating bushfire season we’ve experienced. Mercifully, this summer’s bushfire risk is predicted to be considerably lower. However, rainfall is likely to be above average across much of south east Australia, which increases in the likelihood of flood events.

As we emerge from lockdown in Australia and enter our potentially volatile summer season, it’s a good time to revisit some case studies in which the arts were successfully used to help rebuild communities following natural disasters.

As we’ve seen or experienced during COVID-19 lockdowns, art and culture bring us closer together than ever before. There is plenty of evidence now to show that the arts have an important role to play in contributing to disaster or pandemic recovery. Federal and state governments in Australia have come to realise this, but it is important that the arts continue to be written into local government recovery plans, that their benefits continue to be communicated, and strong links continue to be established between the arts and the emergency services sector.

Let’s all hope for a calm and safe summer season in Australia, with the comfort that arts and culture can always be drawn on to play an important role to sustain and connect us through—and beyond—difficult times.